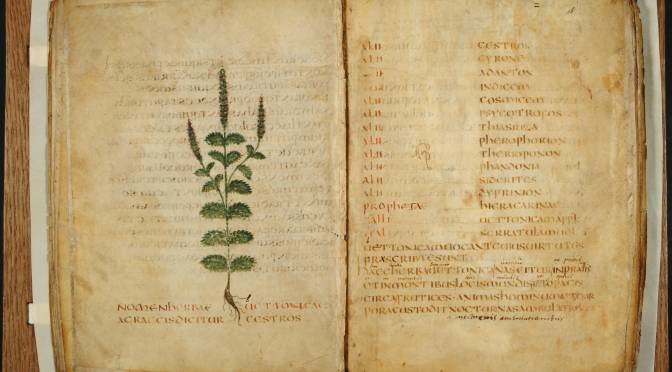 The past few days I have been preoccupied with a deceptively simple question: “What is the oldest book in the world?” Having done some looking around I can now report that while somewhere on this planet, in a vault or a cupboard, lies the oldest surviving book, it is actually impossible to say which one may be branded as such. Bear with me.

What you do when you are kept up at night with such an existentialistic query is to consult Google. However, what Google returns does not make me a happy camper. In fact, I am provided with a very broad range of possible answers. First of all, let’s remove the weed, answers that are the result of flawed reasoning. A lot of websites, for example, confuse “book” with “text”. Wiki Answers reports: “the oldest book in the world is the Bible” (here). And Ask.com: “The oldest book in the world is entitled ‘The Instructions of Shurupak'”, which dates from 3000 BCE (here). A book and a text are, of course, very different things: like a hamburger in a bun or your legs in a pair of pants, a book contains a text, but it is not its equivalent. Equally incorrect are websites whose claims are based on the premise that a book is a printed object. Thus the oldest book in the world must surely be the Gutenberg Bible (oldest printed book in the West, from c. 1455) or Buddhism’s Diamond Sutra (oldest printed book in the East, from c. 868), as in this Huffington Post article. No, it’s not.

More carefully phrased answers can be equally confusing, even when provided by reputable institutions. When the British Library purchased the St Cuthbert Gospel, the seventh-century copy of the Gospel of St John found in St Cuthbert’s coffin when it was opened in 1104, newspapers claimed the library was in possession of “Europe’s oldest book” (see for example here and here). In its press release the British Library qualified its purchase as “the oldest European book to survive fully intact”, which is to say that it survived in its original binding (here). While this nuance is welcome, the claim feels forced – and not just because the press release atypically calls an English book “European”, no doubt to increase the impact of the purchase. The thing is, many medieval books were designed and used without a binding, which raises the question of whether the binding should even be made part and parcel of the concept “book”. Notably, if bindings are taken out of play there are other books older than the St Cuthbert Gospel, such as the sixth-century herbary right here in Leiden (Pic 2).
The issue of what precisely constitutes a “book” also lies at the heart of another prominent hit in my Google search. Stop the press, the oldest book in the world is an object that consists of six bound sheets of 24-carat gold written in a lost Etruscan language around 600 BC (check out the BBC news item here)! The sheets are “believed to be the oldest comprehensive work involving multiple pages”, according to Bulgaria’s National History Museum in Sofia, where it is kept (Pic 3). Significant is the following assessment of the museum: similar sheets are scattered throughout the world, but those are not linked together, and therefore do not represent a book. A book, the underlying premise suggests, is an object that consists of multiple leaves bound together. So far so good – we have started our initial descent towards our answer.
Unfortunately, the shiny Etruscan object cannot be called “the oldest book in the world”. The reason is that it consists of unfolded single sheets (golden plates, actually), which are held together by two rings (as seen in Pic 3). However, the codex (the book before print and therefore the oldest type of real book in the world) is not an object that merely consists of a bunch of leaves. It is, by contrast and definition, built from double leaves: sheets that are folded into quires. Looking for the oldest book, then, we should look among objects made from bendy, foldable writing material: papyrus (made from the plant), parchment (animal skin) and paper. Of these three writing supports papyrus is the oldest. It was roughly used for four kinds of objects: i) Unfolded sheets, used for notes and documentary purposes (example); ii) Rolls, i.e. unfolded sheets that were attached at their short side (example); iii) Book-like objects made up from group of unfolded single sheets (‘singletons’) bound together; iv) Real books made from quires (“codices”).Bingo!The oldest book must be made of papyrus. Which one could it be, however? Our search is made easy by the fact that very few papyrus books of old age survive. There are some from the seventh or eight century AD (see this one, for example, or this one). The really old specimens, however, are fragments from once complete sheets (Pic 4).

It is their fragmentary nature that constitutes the last – killer – hurdle on our way to the finish line. From a surviving papyrus fragment we can, unfortunately, not deduce – at least as far as I can tell – if it originally belonged to an unfolded (single) leaf or a folded (double) sheet. While catalogues often tell you that a papyrus fragment was part of a codex, in other words, that it belonged to a book made from quires (here is an example), we can, in fact, not know for sure if this was the case. Unless it sports a sharp fold, the oldest book in the world will therefore remain hidden in its vault, old but deprived of its prize.

Post-scriptum (30 Dec 2013): a recent British Library blog shows what the bindings of papyrus codices looked like. Read it here. 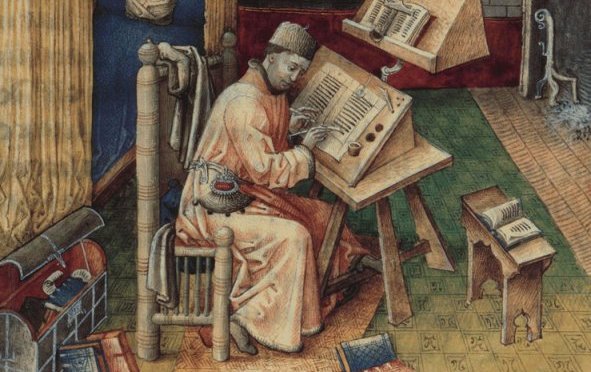 In the heart of the medieval book, where the quires are united and meet the binding, great secrets loom in the dark. This is the place where we can read things in the manuscript that cannot be read on its pages: whether it is composite and in what manner it is composite. The question of whether a collection of texts was copied continuously or whether it was formed by binding together independently produced units, is of the utmost importance for understanding the object’s genesis and for “getting” the texts as a collection. Providing an answer to this query is difficult, however, because it depends on facts buried deep inside the quire construction of the book – which may, moreover, not be obtained without upsetting librarians. Nevertheless, one must persevere, treading as carefully as possible, because exploring the dark side of the manuscript pays off.

The first thing to do is assessing whether a manuscript is composite or not. Determining that an object is not composite is easy enough. A collection of texts copied continuously is usually written by the same scribe. Mind you, in such case the book may still be composite, for the scribe may have united individual units he copied in the past. However, if the writing style (duct) and ink color are the same throughout, and especially if all catchwords are in place and in the same style, the text collection was likely copied in one “go”. There is one trap, hidden in plain sight: a book produced by multiple scribes may still be copied continuously. Sometimes a scribe stopped working on a project and another took over. The individuals usually tried to hide such transitions by “breaking” at the very end of a page: the first stopped after completing the last line on the recto side of the leaf, the second started with the first line on verso. Less frequently, the switch may also occur in the middle of the page; or even in the middle of a line. This intriguing scenario can usually not be explained. Was the first scribe suddenly overcome with tiredness? Had the abbey beer of the previous night gotten to him? Did he have a blind date with the rubricator?

The domain of composite books is much darker – and more slippery. This is in large part due to the fact that such objects can be composite in different ways. They may consist, for example, of units that were designed and created specifically to be bound together, while in other cases such units were merely united because of their similar dimensions. In some composite books all individual units were in use by themselves before they were bound together, while in others only some of them were, or none at all. Consequently, any two individual units of a composite book (and the texts they hold!) may have very different relations to one another: either they are new neighbors or their kinship predates the volume. Descriptions in manuscript catalogues usually do not clarify such relations. The better ones will mention that a manuscript consists of multiple units, but that is often the end of it. Take the following examples, all taken from existing catalogues: “Latin works on science and mathematics assembled from several 13th-century booklets,” “A miscellany of five separate manuscripts,” “A set of five volumes” and “Three independent manuscripts bound together.” The volumes are composite, but how? How are we to understand “assembled” in the first description? And how meaningful is the use of different terms in these examples (“booklets”, “volumes” and “independent manuscripts”)?

Ultimately these descriptions show that bringing the genesis of a manuscript into play in your research normally requires you to go into the field and observe the object “in the flesh”. There is much to gain when you do. For example, the genesis of the book may tell us something about the availability of exemplars – and thus, perhaps, where we may situate the scribe. A scribe may have had all the exemplars he needed in front of him when he started to copy. Then again, he may not, for example because his hunt for exemplars had been only partly successful. Availability is a key consideration for the manuscript to become composite or not. After all, the scribe could wait until he had all the material he needed and copy everything at once. The result would be a full manuscript if he copied a lot of texts, or a booklet if the planned collection was modest in scope. If there was much to copy but there was a supply problem, he could decide to copy the collection in “installments”. The result would be a series of booklets, all in the same hand, bound together in a single volume. As he was waiting for new material to become available, the scribe could start using the booklets he had already copied, adding new installments as he got his hands on more exemplars. This is a different scenario again, one where some pages within a composite book (consisting of several parts copied by one hand) show wear and tear.

While the examples provided here may suggest that variation is endless, there are, in fact, only a limited number of ways to produce a composite book. Obviously, knowing the possible scenarios helps to deduce in what way a manuscript in front of you is composite. The first step, however, is to realize that the manuscript you are looking at, even when it is copied by one hand throughout, may be the product of extensive tweaking over a long period of time.

About composite books in general:

About the different types of composite manuscripts and the formation of text collections: