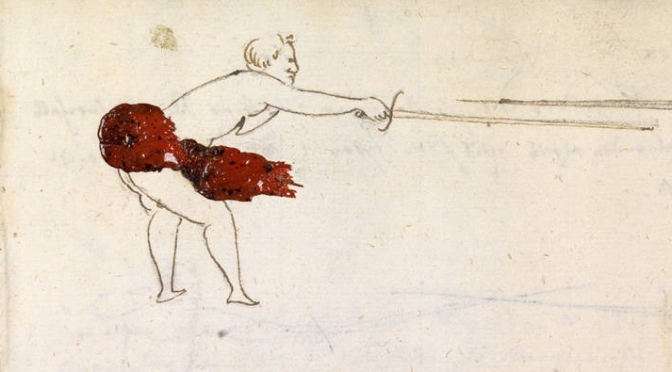 Most of us have said “I love this book!” at one point or another. However, what we mean by it may differ a great deal. If you are like me, this statement has little to do with how enjoyable a given read is. Instead, it is literally: what a great object I’m holding! The other day I was in Leiden University Library, my stomping grounds, looking at a ninth-century manuscript containing various school texts. I thumbed through its leaves and saw different individuals writing down different texts. I saw readers mumbling over worn pages, interacting with texts, crossing out lines and writing down notes in the margins. And I saw how even later readers had added their own pages with additions. And that is when I heard myself whisper: “I love this book.” To me, this quirky, millennium-old object, with its dirty and heavily used pages, was simply paradise. But what makes these worn manuscripts so attractive – and useful – for the historian of the medieval book?

Reading the Reader
Some medieval books look like they were made yesterday. The pristine page still breaths medieval air, as if its maker has just left the room. It’s not difficult to like this type of manuscript: the excitement when you open it is like entering your brand new car for the first time. Or rather, your brand new vintage car, as most medieval manuscripts are pretty worn. These are used books – and they have often been so for five hundred to a thousand years. Importantly, their wear and tear has a story to tell: medieval users were pragmatic and the traces they left behind tell us a lot about how they used a manuscript.

For example, a reader may sew a tiny piece of string in the corner of the page (Fig. 1). In fact, this particular manuscript contains many of these make-shift bookmarks, as if the reader was sitting behind the book with needle and thread ready at hand. Bookmarks are great little devices, smart even, as this earlier post shows. Interestingly, they are also quite telling about the popularity of a specific book and in particular which pages were most important – since that is why a reader would like quick access to them.

Dirt is another indicator of frequent use and, in a sense, of a book’s popularity. The same manuscript as in Fig. 1 has a lot of dirt build-up in the folds. There are even leaves from trees encountered from time to time (Fig. 2). It is possible that these acted as environmentally-friendly bookmarks, ultimately helping us to gauge a reader’s interest.

A particularly engaging mark of use are instances where a medieval individual introduces himself to you. “Hello my name is Peter,” the inscription Petrus at the bottom of a twelfth-century page seems to express (Fig. 3). The name, written in a hesitant and uneasy fashion, has the look of having been written by a person learning to write, a child perhaps. Given that this book was produced in a monastic environment, we may well be dealing with a novice (a young member of the community) who had just mastered pen and ink. “I can write,” this inscription says. “I am Peter and I can write!”

Wear and tear is another way in which the manuscript shows that it was used a lot – that it had been popular among a group of medieval readers. It is not uncommon to see pronounced discolouration at the lower left corner of the page. The dark patches that can sometimes be observed there result from generations of fingers turning the page. Pages with such dirty lower corners usually also turn quite easily, as if the structure of the parchment is loosened up by the repeated turning of pages. Occasionally one encounters a page like the one seen in Fig. 4, which is dirty all over its surface. One wonders how clean the readers’ hands were – also after consulting such a dirty book.

Use or abuse?
The previous examples have drawn attention to an interesting truism: the more a manuscript was used, the dirtier it became. It appears, interestingly, that medieval readers had a very different attitude towards how one ought to interact with books. I don’t think many readers today would be willing to stab one of their books and insert a string, as seen in Fig. 1. And who would write his or her name on the page in such joyful, large script as the unknown Peter did in Fig. 4? Judging from the high frequency with which medieval readers jotted down notes in the margins, it becomes clear that books were seen as utilitarian objects, which could be treated in any way the reader saw fit. If the clarity of a text increased from having marginal notes written next to it, then the benefit of having those notes there would override any feelings of hesitation produced by having to write in your book.

However, the line between use and abuse is thin. You had to be careful when writing new text in the margins of an existing book, because while the ink was still wet it could easily produce smudges. The reader who annotated the manuscript with Ovid in Fig. 6, wiped out his thought (phrased in Dutch vernacular) by mistake. Peter-Who-Could-Write in Fig. 3 made the same mistake, because his name is also smudged. Peter’s finger must have been really dirty, because the parchment surrounding his name shows a lot of inky stains.

There are many examples of medieval manuscripts being a victim of their readers’ abuse. Fortunately for us, some abuses provide clues as to how the book was used. A good example of this is the manuscript page seen in Fig. 6, which shows a law manuscript with candle wax dripped all over the text – note the big yellow blob. It is not difficult to see a medieval student at work, late at night, perhaps studying for his exam the next day. It is dark and the only light is artificial: a candle. However, using a candle is risky, especially when you are trying to read a tiny note that is written in the between the lines: drip.

Dirt and other undesired elements on the page are very frequently encountered and the examples here show how they can be evidence of how the reader interacted with the manuscript. From time to time, however, rather than showing negligence or carelessness, human interaction with medieval books shows something else, for example how liberal or prudish a reader was. Check out what the user of the fencing manual in Fig. 7 did to cover up the private parts of the two opponents: big fat drops of red wax (of the type used for making seals) were splashed on the page to bring the scenes in line with the standards of the prudish reader. No problem to behold two stabbing figures in a battle for survival, but we don’t want to see them do it naked. What a dirty book.

Postscriptum: Kate Rudy (St Andrews) has done substantial work on dirt in medieval books and has even found a way to quantify dirt with the help of a densitometer (read about it here).